Задание 1
Now we are ready to start.
Speaker A
I’d like to debunk the myth that German is especially hard. Despite all the jokes that are being made about it being an impossible language, if you are an English speaker, you are actually already quite advantaged because German and English share the same roots. Consequently, there are many thousands of words which are closely related. Besides, there’s no new alphabet to learn, unlike in Chinese or Japanese. So it’s not that hard after all.
Speaker B
I honestly don’t understand why some people might want to learn German. Isn’t there a more comfortable and fun way to pass your time than studying this complex language? I mean there are four noun cases, endless verb conjugations, umlauts and grammar rules with more exceptions than rules. Mark Twain said a person who has not studied German can form no idea of what a perplexing language it is and I agree with him here.
Speaker C
They say Germany is the country of poets and thinkers. I’m definitely not a poet but I’d like to become a scientist in the future. That’s why I learn German. You see a large percentage of the world’s most impressive achievements belong to Germany. Over one hundred Nobel Prizes have gone to Germans for accomplishments in physics, medicine, chemistry and other areas. I’d love to read their famous publications in their native language.
Speaker D
I guess everybody knows that there are a lot of award-winning scientists born in Germany, so it doesn’t come as a surprise that German is very important in the academic community. As far as I know, it ranks second as the most commonly used scientific language. The German book market is the third largest in the world. Few of these books are translated into other languages, so knowing German will give me access to them.
Speaker E
My friends and I attend courses of German at our local linguistic centre. I’m a rather ambitious person and I hope knowing German will help me go up the career ladder faster. You know, Germany is the biggest economy within the European Union and the fourth largest worldwide. Knowing the language of your German business partners can greatly improve your chances for effective communication and successful professional relationships.
Speaker F
I learn German because I’m interested in art and literature. Though Germans have a reputation for being left-brained and analytical, the German-speaking world has also produced some of the greatest literary, musical, artistic and philosophical minds in human history. For instance, it is the language of Goethe, Kafka, Brecht and Mann. I want the real thing – I want to read my favourite authors in the original, so I learn German with pleasure.
You have 15 seconds to complete the task. (Pause 15 seconds.)
Now you will hear the texts again. (Repeat.)
This is the end of the task. You now have 15 seconds to check your answers. (Pause 15 seconds.)

Now we are ready to start.
Greg: Hello, Mary! It’s so good to see you. How are things?
Mary: Oh, hi, Greg. I’m fine, thank you. What about you?
Greg: I’m okay, thanks. Congratulations on your summer holidays! I hope you are going to do something really exciting during them.
Mary: Actually, I’m going to travel to Russia.
Greg: Russia? Such a great choice! I spent a year in Russia as an exchange student and I absolutely loved the country.
Mary: Oh, I’ve clean forgotten you’ve been to Russia. It’s so good we’ve met today then. I hope you can give me some useful tips on my future trip.
Greg: I’ll be glad to be of some help. What would you like to know?
Mary: Well, let me think … I have got my visa already and I’ve booked my trip with the travel agency, so I guess I have just a few practical questions.
Greg: So, go ahead.
Mary: Okay. The first issue is the money. Should I take cash or can I pay by my credit card?
Greg: If you stick to bigger cities, your credit card should be fine. In very small towns paying by credit card or withdrawing cash could be a problem, though.
Mary: Oh, I won’t go to any small towns. The tour includes just big cities, like Moscow or Saint Petersburg.
Greg: Then you don’t need to worry. You’ll find exchange offices and ATMs at banks without any problems. If I were you, I’d take some cash just to be on the safe side plus the credit card.
Mary: Did you have an impression that it’s safe in Russia?
Greg: You can visit any place and peacefully walk on the streets. However, you can easily become a victim of pickpockets in the underground, so take care of your wallet and don’t keep a lot of cash on you.
Mary: Well, no surprise here. London is just the same. What would you say about the food? Is it much different from what we have here in the UK?
Greg: I’m sure you’ll find something to your liking. The only problem you can face is that they seldom have a menu in English.
Mary: Should I tip?
Greg: If you wish. Tipping is expected but not mandatory. In any case, check your bill before paying.
Mary: Which dishes did you like most of all?
Greg: Well, I thought soups were quite nice. Generally speaking, Russian cuisine is not spicy. I think you’ll like it.
Mary: Thank you, Greg. I’ll let you know about my impressions when I get back.
Greg: Okay. Have fun!
Mary: I will.
You have 15 seconds to complete the task. (Pause 15 seconds.)
Now you’ll hear the text again. (Repeat.)
This is the end of the task. You now have 15 seconds to check your answers. (Pause 15 seconds.)

Now we are ready to start.
Presenter: Hello, everybody, and welcome to our daily programme Stardom. Today in our studio we have Maggie Smith, a famous actress. Hello, Maggie.
Maggie: Hello. It’s so nice being here, thank you for inviting me.
Presenter: Could you please tell us about what led you to become an actress?
Maggie: Well, it’s a long story and it’s connected with my musical education.
Presenter: Did you attend a musical school?
Maggie: When I was nine years old, I started playing the piano. I was obsessed. I needed to play for several hours every day. But I wasn’t great, though I was good and I had tremendous passion. I didn’t have any real technical skill, so no matter how much I practised I was never going to be able to really play in front of people. I had tremendous stage fright. Still, the piano was the beginning of me going, “I need an outlet. I need a vehicle.” And then from music, I joined the drama club in high school. I got on stage and I went, “Oh wow. No stage fright.” I couldn’t do public speaking, and I couldn’t play the piano in front of people, but I could act. I found that being on stage I felt, “This is home.’ I felt an immediate right thing, and the exchange between the audience and the actors on stage was so fulfilling. I just went, “That is the conversation I want to have.” It was unequivocal. There was nobody acting in my family, but there didn’t need to be. I just understood what I wanted to do at once.
Presenter: Was it easy to find your director? Would you like to try directing yourself?
Maggie: Well, speaking about working with good directors, that has always been a certain kismet with me. I was lucky. There was a period in the 1980s where you had people who were born to direct, born to shepherd stories. Like David Lynch, who was so unusual, such a rare storyteller, so personal and private, and dreamlike from his subconscious. You know, people ask me why I don’t direct. Well, it’s because I’ve worked with people where that’s what they were born to do, and it’s a little intimidating after you’ve worked with a rash of those people one after another. Then it’s like, “I like acting. Acting is good.”
Presenter: What kind of films do you like acting in?
Maggie: I don’t think the genre matters much. I even try not to look at the story itself because even a banal story may turn into a blockbuster. What I pay attention to and fall in love with is the script. If the script is good, I start just living in those dialogues or monologues.
Presenter: You play a lot of family women. How come?
Maggie: I’ve always played moms. I once played someone who wanted to be a mom. The thing with the role of a mother in our legacy, in world history, in world mythology, is that the role of a mother encompasses the entire universe. There is no limit to what you can express if you are representing that in a story. I’ve just got nominated for an Emmy for playing a mother!
Presenter: Modern women are constantly looking for ways to be more beautiful. As a woman and as an actress, are you satisfied with your appearance?
Maggie: I think that my looks through the years have served me well because I was never a great beauty and I was never cast as a great beauty. So I never leaned on it and I never really made that a high value. I’ve always been kind of androgynous and it’s one of the reasons why I love being an actress. I love experimenting with the male and the female in any character. That balance, the yin and the yang of that, is always in play, because everybody is male and female.
Presenter: Thank you, Maggie. It has been a real pleasure talking with you today.
You have 15 seconds to complete the task. (Pause 15 seconds.)
Now you will hear the text again. (Repeat.)
This is the end of the task. You now have 15 seconds to check your answers. (Pause 15 seconds.) This is the end of the Listening test.
Время, отведённое на выполнение заданий, истекло. 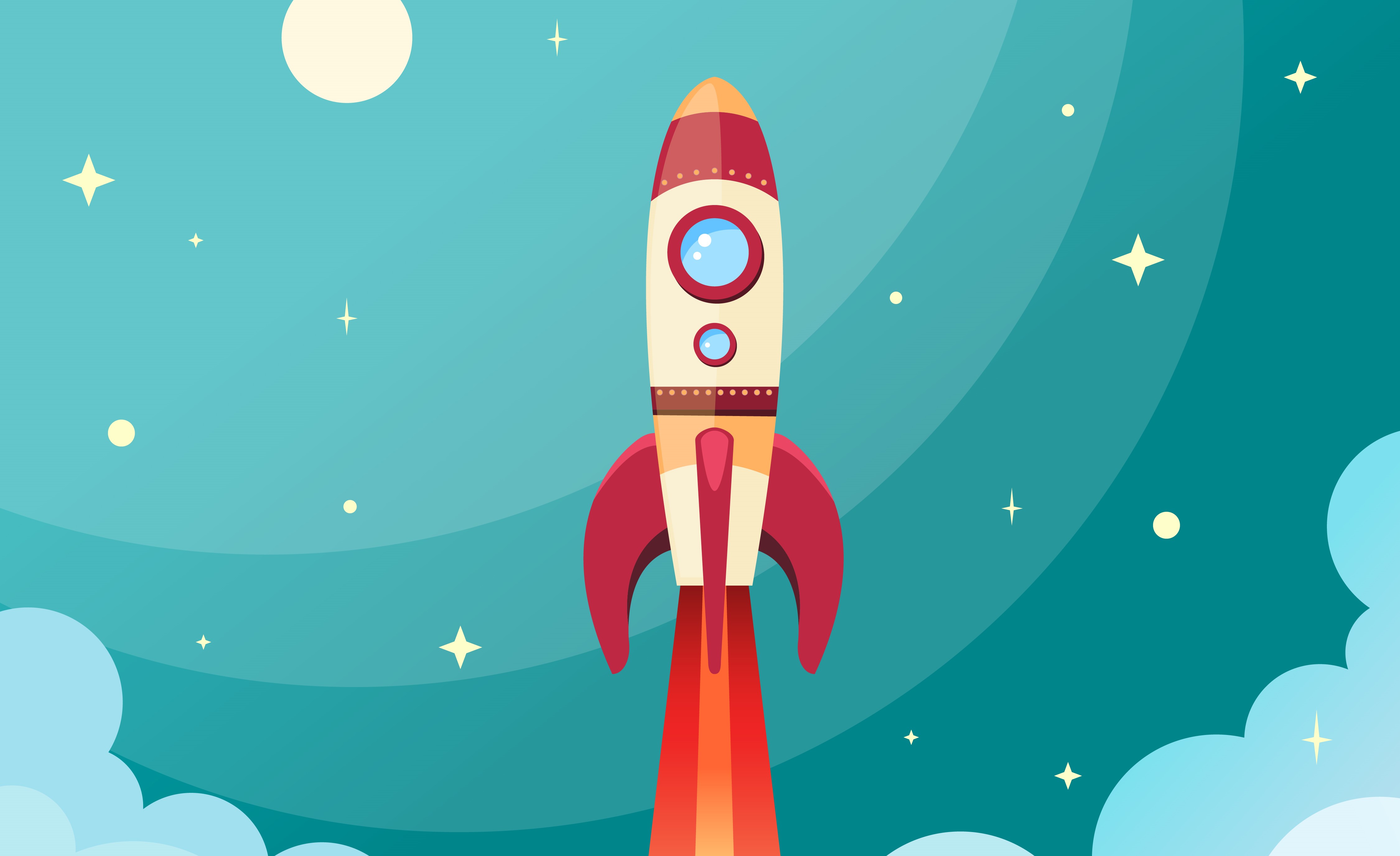